Home Health & Fitness What Men Should Know About Back Waxing 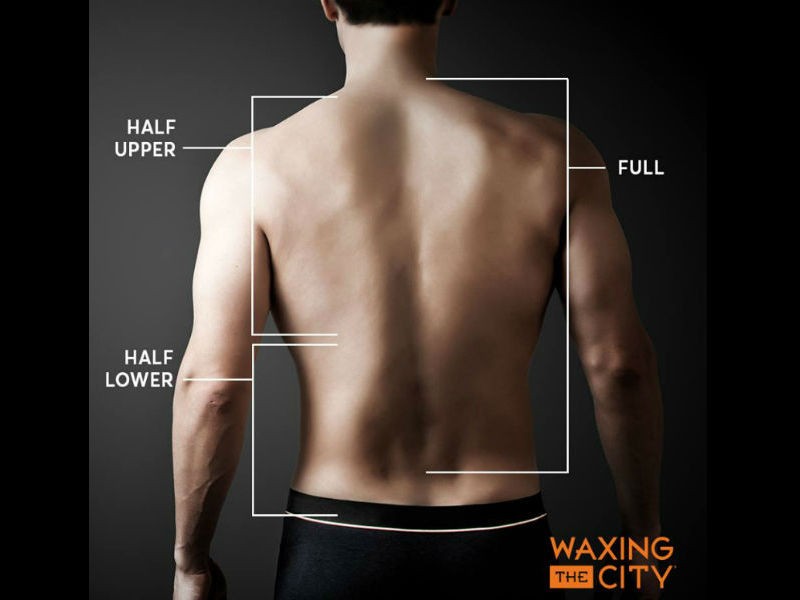 Waxing has classically been seen as something that only women do, but more recently men have been taking up waxing as well. Some do it for aesthetic reasons, others to impress a significant other and some men even do it for athletic reasons. For men interested in getting their back waxed, here’s some things you should know.

Why Waxing
When considering your back, waxing is easier on you and lasts much longer than shaving. If you’re shaving, as with nearly anything, you can miss spots. Also waxing lasts around four weeks for most people, meaning less time you’re spending on tedious tasks. What to Expect
When you’re first starting the waxing routine, pain is just a fact that you can’t escape, but the more that you wax, the easier and less painful it becomes over time.

When it comes to what will happen in a particular session, your specialist will do their best to prep the area for waxing by cleansing so that the wax has the best grip on the hair. Wax will then be applied in the direction of the growth, and then the wax is removed. The session usually ends with some moisturizer to give your skin the best, soft feeling afterwards.

Cost
Most people rule out waxing due to the potential cost on your budget to regularly get waxed, but once you add up the razors and shaving cream, you often spend more shaving than you would for waxing. In fact, Waxing the City only charges around $60 for waxing your entire back, and they usually offer first time customer specials regularly through their website and Facebook.

Why You Should See a Professional
Seeking out a professional for your waxing is incredibly important as waxing can be very painful if done incorrectly. Like shaving, if the hair is not pulled out completely with the root intact, you can often end up with ingrown hairs, bumps, and other issues. Specialists, however, have been specially trained to prevent this. At Waxing the City in Franklin, you’ll be waxed by a Cerologist™. What’s a Cerologist™? The licensed estheticians at Waxing the City take waxing very seriously, which led the company to create their very own title of Cerologist™ technicians, which combines “cera” (Latin for wax) with “ologist” (to indicate their level of education and expertise).Only Waxing the City studios have Cerologists, so don’t look for them at other salons.

Waxing the City also uses a warm specialty wax made just for large areas on the back. Part of what makes this wax particularly special is that its formula is made to reduce pain while increasing its grip on hairs.

Tips and Precautions for Preparation
Here’s some key things to note when scheduling your first session. As with anything having to do with your skin, waxing specialists need to know the medications you are taking so that they don’t end up harming you. Waxing also makes your skin particularly sensitive for the immediate days after, so it’s important to avoid direct sunlight or tanning booths.

Finally, when getting ready for your first wax, it’s important to make sure your skin is exfoliated and clean for the most effective waxing treatments, and be ready to follow directions from stretching in a particular way to helping your Cerologist™ give you the best experience possible.

Let the professionals at Waxing the City in Franklin at 3046 Columbia Ave help you achieve smooth, healthy skin. Make an appointment today at their Franklin location by calling 615-721-2000 or for more information check out WaxingtheCity.com.