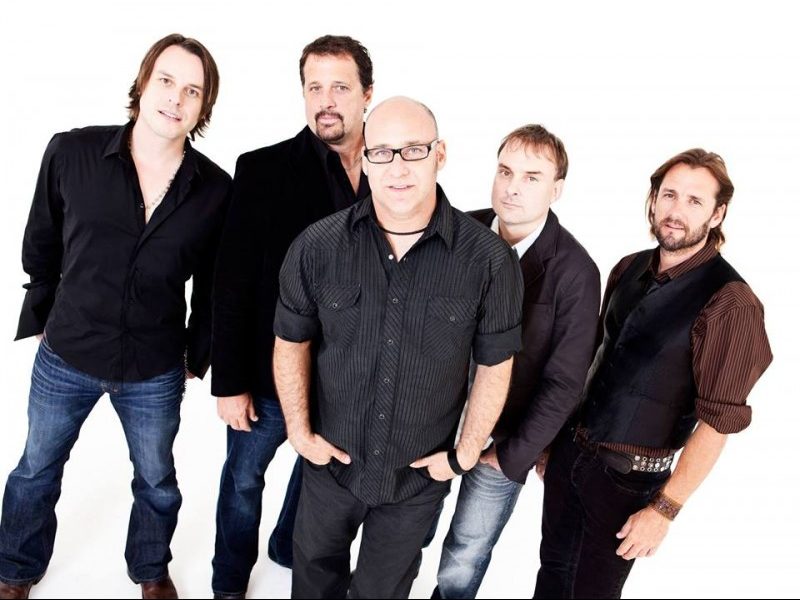 In our series, “The 10”, we write about ten interesting facts you may or may not know about some of your favorite artists.

Sister Hazel comprised of Andrew Copeland, Ryan Newell, Jett Beres, Ken Block, and Mark Trojanowski is set to perform at The Grand Ole Opry on September 12.  The band recently released their new EP, Wind, a  six-track EP is the follow-up to their Billboard chart-topping EP, Water. The new EP is Volume II of a collectible compilation series titled, “Elements,” and includes a bonus seventh track that will continue throughout the series. Wind was produced by Sister Hazel and Ben Jackson and includes writer contributions from Billy and Randy Montana, Marti Frederiksen, Jim McCormick, and more. The EP is available here.

Here are ten things you may or may not know about band members of Sister Hazel that they shared with us.

The band ran The Keys 100 last year.  It’s a 100-mile relay race from Key Largo to Key West. Along the way, the band raised money for kids with cancer. Each of the band members ran between 16-22 miles – all in one day.

In his own words, Mark, the drummer, says he’s a Star Wars freak – something he rarely talks about.

Co-founding member of Sister Hazel, Copeland and Ken Block first met at a tailgating party for Tennessee/ Florida where they belted out an Eagles song. With the encouragement of friends, the began a duo and Sister Hazel was formed later.

Ken Block grew up in Gainesville, Florida with a very musical family. He started performing at coffee shops at the age of 12 but in high school, his very first band was a heavy metal band.

Jeff knows the Gilligan’s Island theme song a little too well. He can sing it in German!

Ryan told us not tell anyone but we are sharing it with you- Ryan is Batman…shhh, don’t tell anyone, Newell said to us.  I guess we will have to ask more about that the next time we see him.

7After College, Drew Lived in Hawaii

8Ask Jett to Be on Your Team

As you see in the picture, Jett is not afraid to be the life of the party. So at your next party, ask Jett to on your team for the Limbo contest. He tells us he will beat you every time.

Not only is Block musically talented, he’s smart. Block graduated from high school when he was only 16.

10Ryan Eats His Burger in a Unique Way

Everyone has their own style of eating food. For Ryan, he eats his burgers underhanded (fingers on the bottom and thumb on top). We are going to give that a try this week.