More than three months after he crashed into the Williamson County Health Department, the Franklin Police Department  have charged Felipe Perez, 18, with DUI. 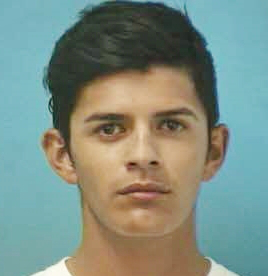 Perez smashed his car through the western wall of the Williamson County Health Department just before 11 p.m. on Saturday, June 11, causing $48,000 in damage to the structure and lab equipment, according to the county’s department of Risk Management.

Police arrested Perez late Wednesday. He is free on the $2,500 bond set by the Magistrate, and due in court Oct. 13.

On the night of the crash, arriving officers found Perez unconscious on the ground. They later determined that Perez, who was traveling on West Meade Boulevard, left the roadway, drove down the sidewalk and over a row of mailboxes, before crashing into the Health Department.

“It was a little higher than we were hoping it would be, but the building is still structurally sound,” Wayne Franklin, director of risk management for Williamson County, said at the time.

Police weren’t able to administer a road side sobriety test because Perez was unconscious at the scene, FPD Lt. Charles Warner said.

Medical staff drew blood and shipped it to the Tennessee Bureau of Investigation for testing to determine Perez’s blood alcohol content level, if any, when he struck the building. The incident will go before the Williamson County Grand Jury either in July or August.

Warner said Monday that Perez has been released from the hospital.