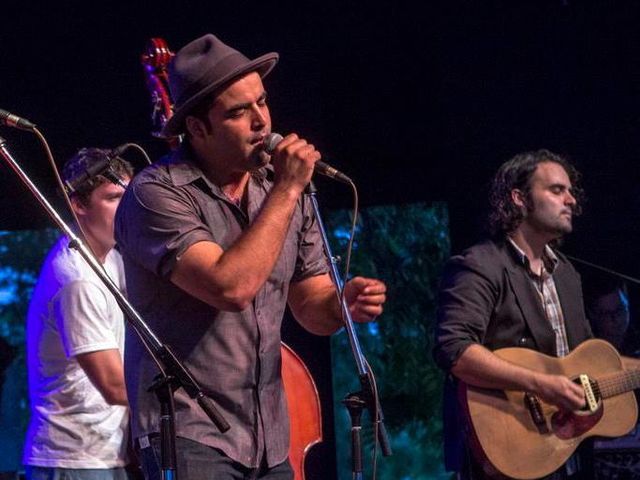 If life had taken them in different directions, instead of forming the ascending Americana band, The Carmonas, siblings Aaron, Alison and Chad might have ended up in completely different musical pursuits. Aaron might be fronting a rock n' roll band in Los Angeles. Alison might be singing in a classic country duo in the Pacific Northwest, and Chad might be recording as a one-man Woody Guthrie-style singer-songwriter in North Carolina. Instead, their paths converged in Nashville where the band has been creating, recording and performing for the last decade. Influences from their divergent and eclectic tastes present themselves on the Carmonas' music, which is hard to define and impossible to pigeonhole.  Behind the strength of its unique talent, The Carmonas have earned opening slots for artists such as Marty Stuart, Emmylou Harris, Darius Rucker, Diamond Rio, and The McCrary Sisters, among others. The group has recently had a series of songs licensed for the hit Netflix show, "The Ranch," and an episode featuring a concert by The Carmonas on the PBS television show "The Lost River Sessions" won a regional Emmy Award. The band is currently at work on their third studio album.